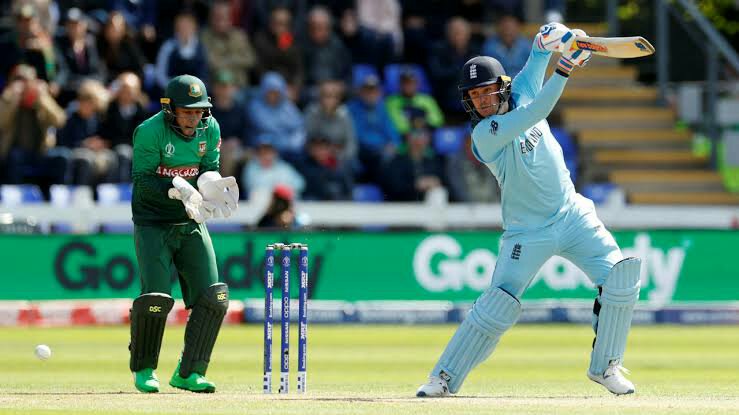 England beat Bangladesh quite easily by 106 runs.
England posted highest score of the tournament 386. Thanks to the innings of Jason Roy who scored a magnificent 153 runs.
England started off the innings slowly but then they have picked it up and went on to score just q4 short of 400.
Bangladesh bowling got hammered and no bowler have able to control the flow of runs.
Bangladesh in reply, all out on 280 in 49th over.
Shakib Ul Hassan scored a brilliant century but in vain. He looked good and he continued his good form.
Bangladesh need their best player to deliver in this World Cup and Shakib is doing so. But other players must take responsibility as well. Especially their openers have to perform now because they haven’t done much in this World Cup so far. 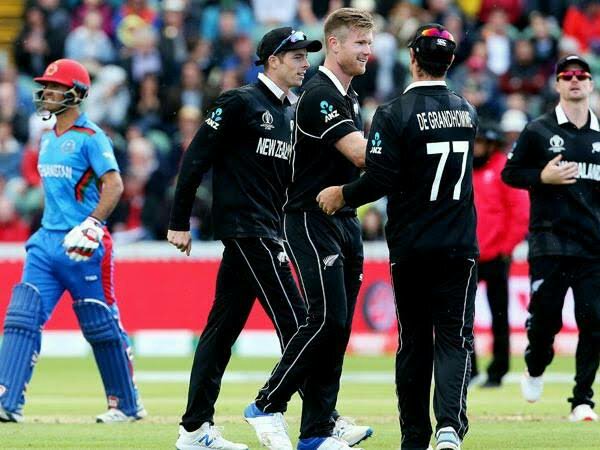 In the second match of the day New Zealand comprehensively beat Afghanistan by 7 wickets.
Afghanistan batted first and set a target of just 173 runs.
They stored their innings well and lost thier first wicket at 66 runs but next two wickets also gone down at 66. Then they couldn’t recover from there and all out on 172 in 41 overs.
James Neesham bowled brilliantly and picked up 5 wickets.
NZ lost their openers early thanks to the bowling of Aftab Alam.
But then Kane Williamson and Ross Taylor bring together a partnership of 89 runs which ensured NZ to pass the target easily. Taylor was out for 48 but skipper scored unbeaten 79 and guided his team to 3rd consecutive victory in the tournament.
Afghanistan batting was again a problem for them and there prime spinner Rashid Khan also got injured during batting and was unable to bowl.
Hope that he will be fine for next game but Afghanistan must concentrate on thier batting.
Day before yesterday we had a wash out match between Pakistan and Sri Lanka. That disappointed all fans especially those who came up in stadium to support their team.
We all knew the forecast of Bristol many days before. ICC didn’t deliver in this regard. They much have change the venue. Their performance was being very poor.
ICC have to take befit from science and should do proper research before deciding the venues for tournament like this.

I am a Student of MASS COMMUNICATION at NUML ISLAMABAD. My goal is to become a sports journalist. View all posts by zeerakbilalsatti

One thought on “England and New Zealand clinch comprehensive victories”